Staying Focused After An Inspiring Retreat 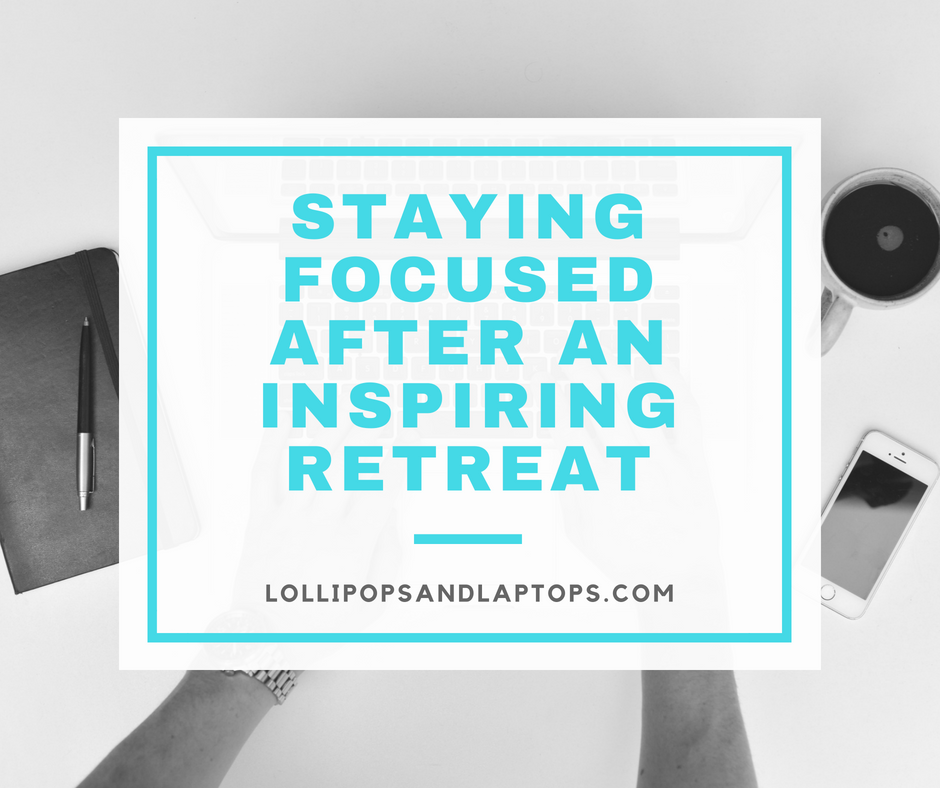 Recently, I did something that I previously never would have done. I spent money to go to a retreat for female business owners. The reason I’ve avoided these in the past (aside from the obvious lack of time) was that I wasn’t convinced I’d implement what I learned. And that’s the real challenge, isn’t it? It’s a pretty solid waste of money to go to an educational seminar and not apply your newfound knowledge. So when I decided to surround myself with a bunch of inspiring women pursuing their dreams, I made a promise to myself that I would actually put plans into action. But when Monday morning rolls around and your work/life responsibilities rear their ugly heads, how do you go about that? Here are a few practical tips to capitalizing on your momentum when you’re side hustling.

It’s great to have grand dreams and focus on the big picture, but in order to move toward those dreams, you have to create bite-sized goals that you can chip away at over time. Focus on a few key objectives that you can tackle in the short- and medium-term. Before you even attend an event, schedule out an hour on your calendar for some time within 48 hours after the retreat. Then stick to that appointment and spend time digesting what you’ve learned and setting goals and intentions. It’s imperative to do this while it’s fresh in your mind. As time goes on, the information gets stale, so not only do you lose motivation, but also you’re not able to retain all the nuances that are easily forgotten over time. 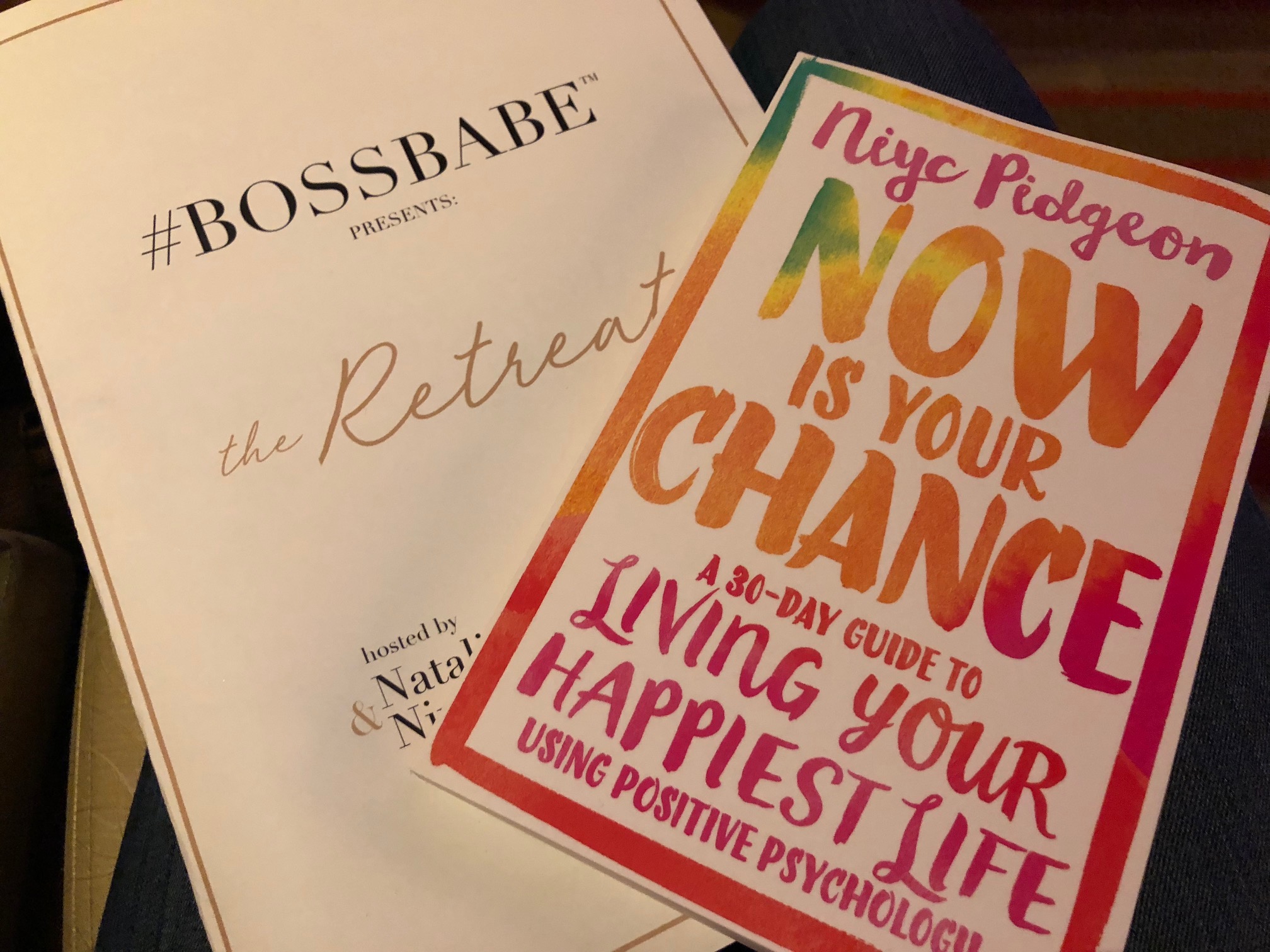 I’ll admit the whole concept of “manifestation” has always felt hokey to me. As a very logical person, I’m all about making real, measurable progress rather than meditating on the things I want to achieve. But the reality is, one cannot happen without the other. Obviously, I can’t wish my dreams into reality, but anyone who preaches positive manifestation would tell you that there’s much more to it. However, if you work toward your goals without a positive attitude, you’re swimming upstream. The last thing you need is a self-made hurdle to achieving your dreams.

I’ve read a lot from business owners and founders, and a consistent trait that the most successful have had–one which does NOT come naturally to me but the greatest minds in the field say it can be taught–is that they don’t focus on what won’t work, but instead, look toward why it will. This doesn’t mean they’re blind to weak spots in their business. On the contrary, looking at things in a positive and productive light allows them to move through challenges more easily.

For me, this meant looking at those small goals I set out for myself after the summit and focusing on why I CAN make it happen, rather than retreating to the it-won’t-work mentality that I so easily fall into.

If you are anything like me, you’re confident you can do everything by yourself. Only you’re busy. And you have a lot going on. And some things have to fall on the back burner. So the spouse, kids, day job, house maintenance, etc. take priority and that side hustle remains just that: on the side.

One of my biggest takeaways from the retreat was that I need to be more accountable to my goals, and that means putting them out there to some people I trust and respect and asking them to hold me to them. Another bonus: a built-in group of like-minded ladies ready and willing to hold me accountable! Now I use various mediums–Instagram DM, Facebook groups and private messages, and good old fashioned email–to lay out some intentions for the week and watch the support pour in. This might be simply a follow up to find out how many of my goals I achieved or practical tips and advice on those goals from people who have been there, done that. 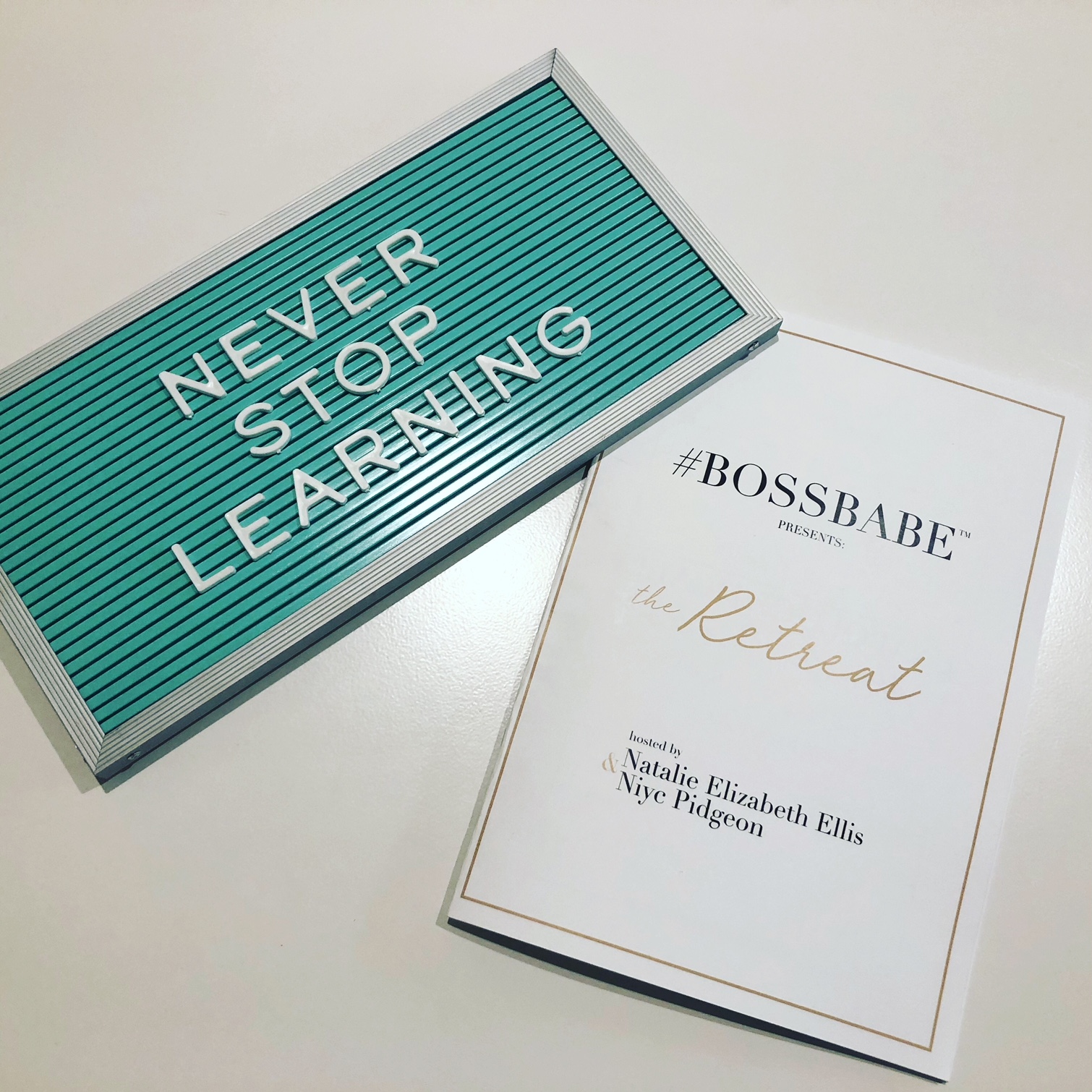 Lessons learned from the #bossbabe retreat with Natalie Ellis and Niyc Pidgeon.

Ultimately, the best way to keep the momentum going after a retreat is to have a big picture in mind but work daily on the baby steps. And when those baby steps aren’t working out as planned, step back and look at that big picture again. Is it still looking good? Is it time to pivot? Spending time on the micro without losing site of the macro will help you keep up the motivation and move toward your goals. Happy hustling!

Books On My Nightstand