Getting Creative with Photo Books 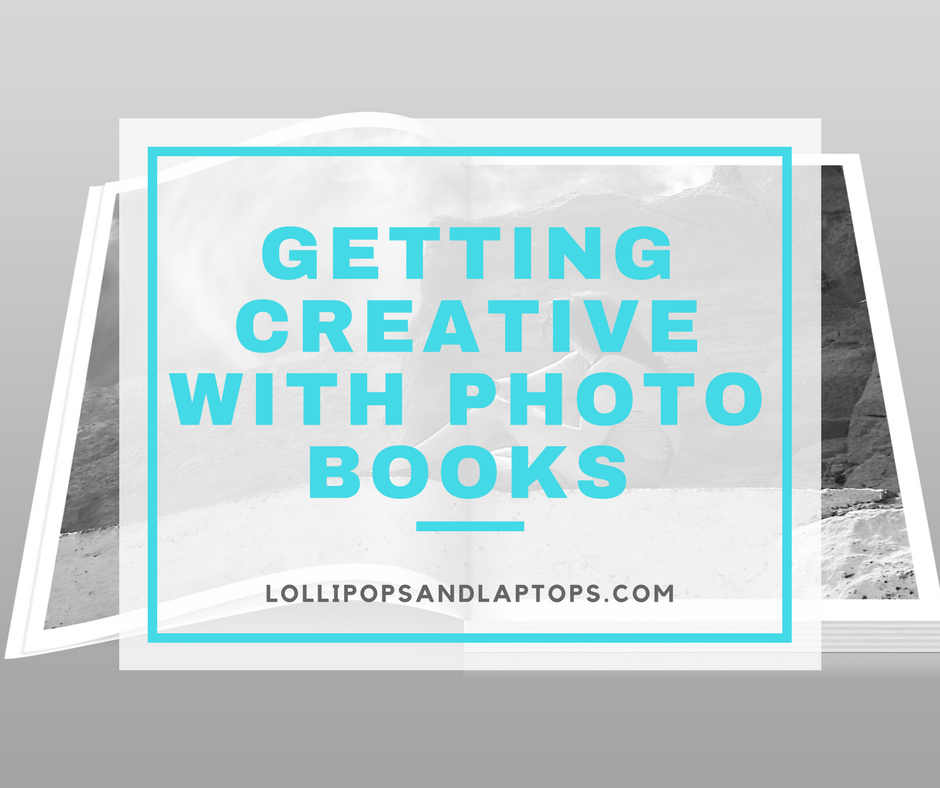 I initially planned to write about how I’ve gotten away with throwing away all my kids’ crappy artwork by taking photos of them and turning them into photo books. And I have, in fact, done that. But every mom blogger out there is talking about this idea. It’s not a novel one. Instead, when I was organizing my photos and making sure they were backed up properly to the cloud, I realized I had an album’s worth of photos that were truly worthy of paying to put together into an album. 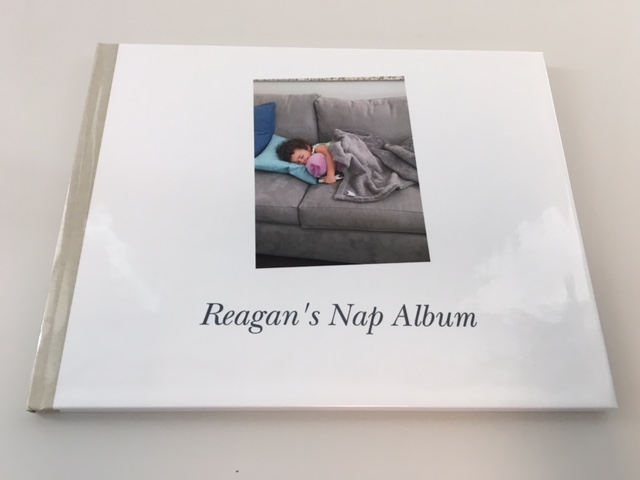 Note the firm grip on her books in the cover photo.

Behold, my daughter’s “nap album.” When she was about 18 months old, she started napping in odd places and positions, and it got worse and worse over time as she started to fight us over nap and bedtime. We typically win out, but she’d usually end up falling asleep in some interesting way that was worthy of capturing on camera. So I decided to put it together into a Shutterfly photo album since there are always awesome coupon codes to make these for cheap–I did this one for 40% off, and they even have a 50% off hard cover photo books going on right now (code: SPOOKY). 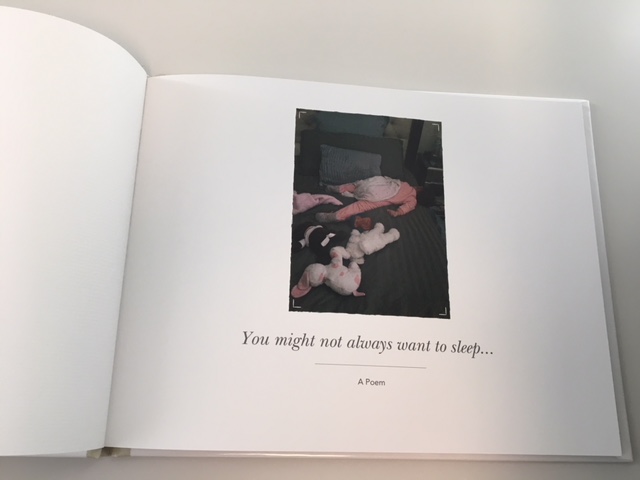 Not only do we now have something to laugh about together, it is sure to be pulled out as a tool of embarrassment when she starts dating, so I’m glad it’s all in one handy album. 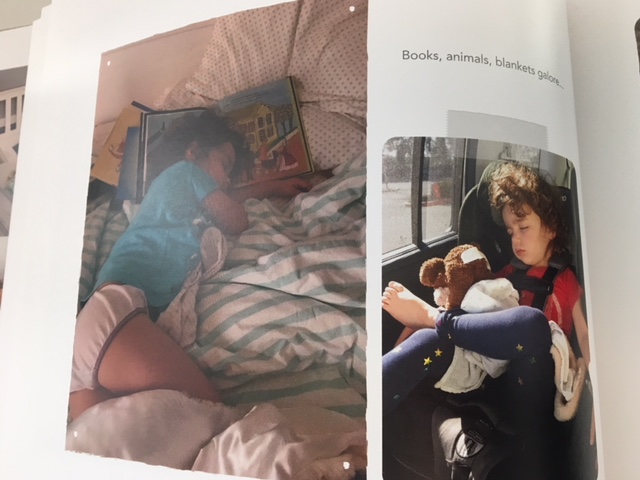 Sleeping on and under books is a favorite of hers.

The best part about the whole thing was catching a few with my husband and realizing that the apple definitely does not fall far from the tree. 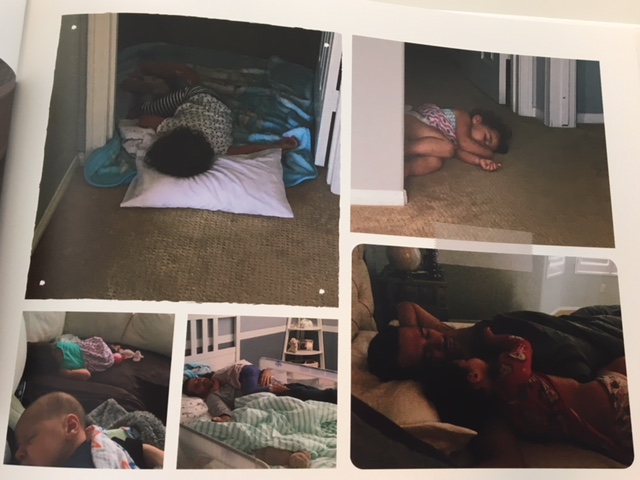 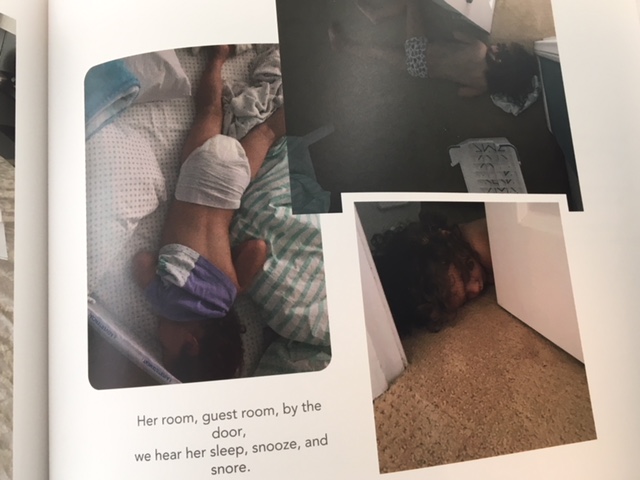 Since this didn’t need to be in any particular order, I let Shutterfly auto-import it and then I moved just a couple around, so this took all of 20 minutes to create, and the bulk of that was finding the photos and uploading them to Shutterfly. It needed a little je ne sais quoi, and I happen to be the queen of hokey, elementary, off-the-cuff poems,  so I threw one together and it really rounded out the album. My daughter thinks it’s hilarious and now we use it as a bedtime story. She hasn’t quite gotten the hint, though, and we’re still fighting about nap and bedtime. 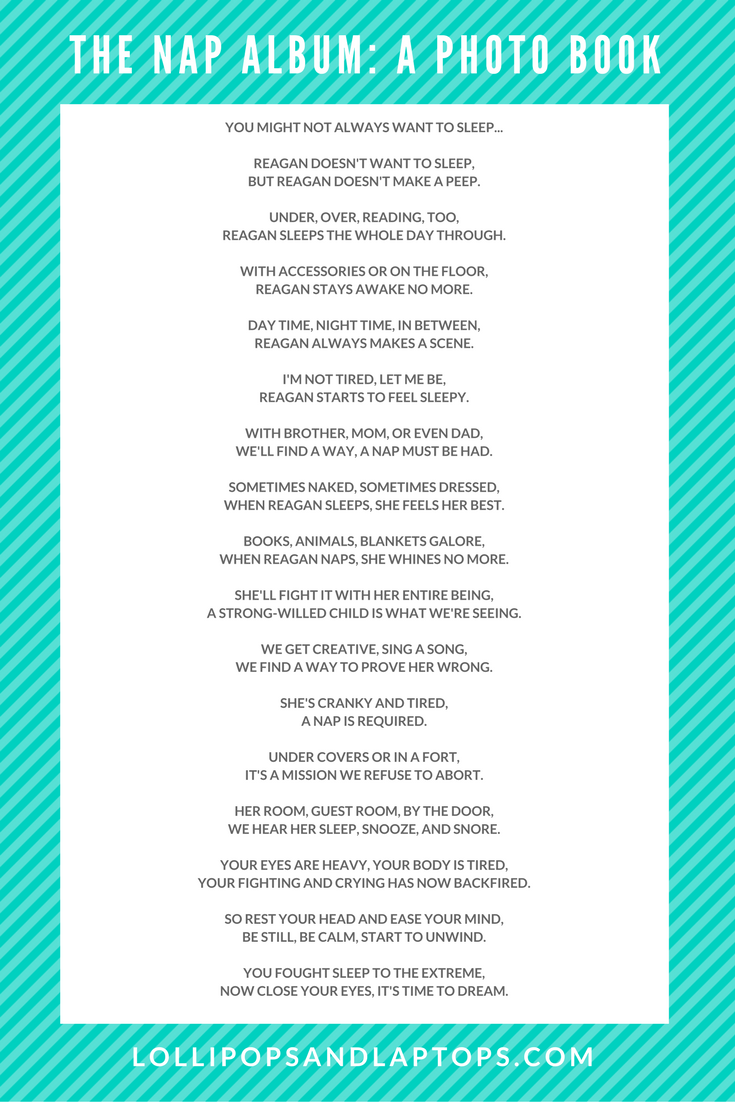 The cheesy poem, in all its glory.

What embarrassing photos could you turn into a photo book?

Good Vibes from Around the Web: October